The majority of us now live in cities.

While urban living provides benefits with regard to mobility, accessibility and community, it has come with a cost to the air we breathe. An estimated 92% of the world’s population now living in areas where air quality exceeds World Health Organization limits causing as many as 3 million deaths a year.

In particular, many developing world cities are grappling with the combined pressures of urbanization, motorization and industrialization and climate-related weather events which are overwhelming the natural resilience of urban ecosystems.

Air pollution is a silent killer.

It is the deadliest form of pollution and the fourth leading risk factor for premature deaths worldwide with both indoor and outdoor air pollution responsible for an estimated 6.5 million deaths (11.6% of all global deaths). Nearly 90% of air-pollution-related deaths occur in low- and middle-income countries, with nearly 2 out of 3 occurring in WHO’s South-East Asia and Western Pacific regions.

It is often the poor and socially marginalized that suffer disproportionately from the effects of deteriorating air quality with around 300 million Children currently exposed to toxic air that exceeds internationally limits by at least six times.

It is easy to read such figures with a detached concern. However, if just one of these faceless air-pollution-related deaths was our mother, brother, sister, daughter or son we would soon feel the devastating emotional and personal impact caused by air pollution.

If that was not enough, air pollution also comes with an economic price tag. The World Bank estimate air pollution related deaths cost the global economy about US$225 billion in lost labour income in 2013. The OECD predict that global air pollution-related healthcare costs will increase from USD 21 billion in 2015 to USD 176 billion 2005 in 2060. By 2060, the annual number of lost working days, which affect labour productivity, are projected to reach 3.7 billion (currently around 1.2 billion) at the global level.

While reductions may be achieved for certain pollutants others are becoming more difficult to address due to the absence of a well-developed infrastructure, integrated planning and financial resources to restore environmental quality. Therefore ambitious action is required to achieve reductions in the human and economic cost of air pollution.

In recognition of an increasingly urban world and the need to achieve sustainable development in practice two UN global agendas have been adopted which sets out a pathway to a more sustainable future for all.

The 2016 UN-Habitat’s New Urban Agenda acknowledges the challenges of an increasingly urban world and sets out a road map for building cities that can serve as engines of prosperity and centres of cultural and social well-being while protecting the environment. It aims to:

Although air pollution is included in both the New Urban Agenda and the SDGs, it is not necessarily prominent. Yet many of the local actions taken to improve urban air quality can have multiple social, environmental and economic co-benefits.

Although the exact origin of the phrase, Acting Locally, Thinking Globally, is disputed, it is often associated with the environmental movement which used it to urge individuals to consider the health of the entire planet and to take action in their own communities and cities.

Like many slogans it had its prominence only to go out of fashion. Yet, given the air pollution and climate change challenges we face it is more relevant now than ever.

The notion of Act Locally, Think Globally is more relevant than ever given the challenge of poor air quality and climate change

The majority of these activities are undertaken at the city level which are responsible for around 70 per cent of global greenhouse gases. Equally, we have seen climate-related weather events such as storms; floods and heatwaves impact on the urban populations and disrupt services.

While carbon dioxide has warming influences on the climate in the long-term; short-lived climate pollutants such as black carbon, a primary component of particulate matter, methane and ozone have warming influences in the near-term.

Taking action on these pollutants have the potential to improve air quality and reduce the effects of climate change. Local measures such as reducing car use, improving public transport, increasing energy efficiency and adopting low emission technologies can result in health, environmental and social co-benefits.

Role of the Citizen

It is easy to seen urban dwellers simply as casualties of poor air quality but they are also contributors to the problem. Therefore the attitudes and behaivour of citizens are important to instilling change and ensuring local policy-makers take the necessary action.

Citizens have a role to play in monitoring air quality.

Public participation in all matters related to the urban environment is becoming an important issue. The talents and support from different sectors of society is needed if we are to improve the air the breathe, tackle climate change and ensure a sustainable development. Goal 16 of the SDGs acknowledges this by calling for responsive, inclusive, participatory, and representative decision-making at all levels.

Citizens have a role to play in monitoring environmental change as well as being agents of change in their community. There are many examples of citizen-led air quality monitoring schemes such as the UK Friends of the Earth which are encouraging citizens to take action to monitor air quality where they live.

However, raising awareness does not always translate into sustained behaviour change and a improvement in air quality. We are complex beings fraught with contradictions. While we like the idea of a clean and green environment that is fine as long as it does not inconvenience us by requiring a change in the way we live.

If cities are to achieve better air quality then we require setting out a vision that inspires citizen action. To some extent this is a marketing job which requires selling the sizzle of a clean and green city.

US Marketeer, Elmer Wheeler, coined the term “Don’t Sell The Steak – Sell The Sizzle” to inspire people to buy a product. Selling the steak is boring but selling the smell, taste and associated lifestyle inspires consumers and catches the imagination.

We need to set out a vision for citizen action on air pollution.

The same principles are relevant for achieving cleaner cities. If we talk simply about action to reduce emissions such as banning cars or creating low emission zones these are the ‘Steak’ and are far less appealing than the sizzle of a safe, clean and accessible city for all.

Both the New Urban Agenda and the 2030 SDG Agenda set out that vision, it is now down the cities to harness citizen power to make this vision a reality. A guiding principle must be act locally, think globally as this will lead us closer to  greener inclusive cities where we all can breathe clean air. 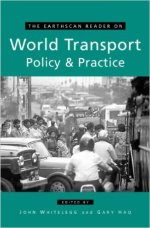