S world Leaders prepare to meet in Copenhagen this December to negotiate a new Climate Deal, it is time to acknowledge the true cost of our consumption.

AS world Leaders prepare to meet in Copenhagen this December to negotiate a new Climate Deal, it is time to acknowledge the true carbon cost of our consumption.

Under the Kyoto Protocol, the UK must reduce its greenhouse gas emissions to 12.5 per below 1990 levels by 2012. According to official government figures, since the 1990s UK emissions have fallen by about 15 per cent.

However, a study by the Stockholm Environment Institute at the University of York published in July 2009 calculated the true carbon dioxide emissions associated with UK consumption. Using an approach based on consumption rather than production the study found that UK emissions actually increased by 18 per cent (115 million tonnes) between 1992 and 2004.

Since the 1980s we have transferred our manufacturing base abroad and replaced it with an expanded service sector. We now consume a large amount of goods produced in China and India. We have therefore exported our pollution and the carbon dioxide emissions associated with the many goods and services we consume on a daily basis.

Many of us are shocked by the news that China is building two new coal power stations a week. Yet the polluting coal is being burned to provide energy for Chinese industries that manufacture goods such as electrical equipment and toys for the British market. We are therefore all partly responsible for the carbon cost of the goods we import and consume.

In the current negotiations for a new climate deal developing countries are demanding that developed countries acknowledge their contribution to global carbon emissions. With China calling for countires which consume their products to take the responsibility for the carbon emissions generated in the manufacture of the goods.

If a bigger, bolder, wider-ranging and more sophisticated treaty is to replace the Kyoto agreement to stop climate change, we need to own up to the fact that we are polluting much more than official statistics suggest.

When we have acknowledged the full impact of our high consuming lifestyles only then will we be able to do our fair share in cutting our carbon emissions and stoping runaway climate change. 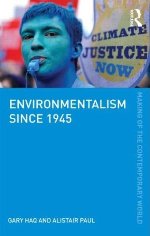 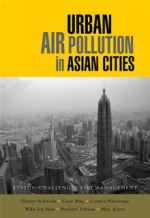