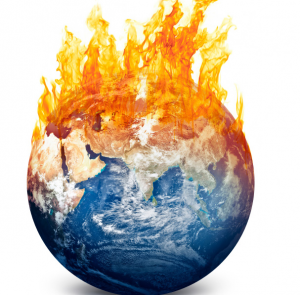 A new assessment by the Intergovernmental Panel on Climate Change (IPCC) claims that the warming of the climate system is unequivocal, and its effects are now evident in most regions of the world.

Since the 1950s, many of the observed changes are unprecedented over decades to millennia. The atmosphere and ocean have warmed, the amounts of snow and ice have diminished, sea level has risen, and the concentrations of greenhouse gases have increased. Each of the last three decades has been successively warmer at the Earth’s surface than any preceding decade since 1850. In the Northern Hemisphere, 1983–2012 was likely the warmest 30-year period of the last 1400 years. Breaking more temperature records than in any other decade.

The authors of the new report on the physical evidence for climate change state that continued emissions of greenhouse gases will cause further warming and changes in all components of the climate system.

The Global surface temperature change for the end of the 21st century is projected to be likely to exceed 1.5°C relative to 1850 to 1900 in all but the lowest scenario considered, and likely to exceed 2°C for the two high scenarios. Heat waves are very likely to occur more frequently and last longer.

It is the poorest regions of the world and the most vulnerable individuals such as the young and elderly who will be most affected.

Limiting climate change will require substantial and sustained reductions of greenhouse gas emissions. This will require international action to adopt ambitious legal agreement on climate change in 2015. We will only know over the next year or whether the new evidence will have any impact on national governments who are preoccupied with stimulating growth, reducing debt and increasing employment.

The  assessment draws on millions of observations and over 2 million gigabytes of numerical data from climate model simulations. Over 9,200 scientific publications are cited, more than three quarters of which have been published since the last IPCC assessment in 2007.

Key evidence highlighted in the report is given below with levels of confidence:

The  report increases in the confidence associated with climate observations but whichever facts may be discussed, debated or distorted, we cannot ignore the reality that we must act or face frightening new impacts.

Take the poll and let us know what you think: