THE UK government would be acting as a “climate criminal” if it allows a new coal-fired power station at Kingsnorth in Kent to go ahead, say campaign groups. If we are to address depleting energy resources and tackle climate change then we will need to face up to the impending energy crunch and the difficult choices ahead. 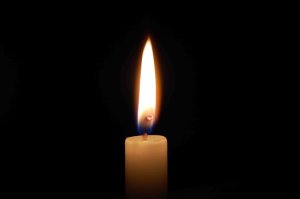 THE UK government would be acting as a “climate criminal” if it allows a new coal-fired power station at Kingsnorth in Kent to go ahead, say campaign groups. If we are to address depleting energy resources and tackle climate change then we will need to face up to the impending energy crunch and the difficult choices ahead.
Power failures are a rare thing where I live. I have experienced then when visiting Karachi and Kathmandu. There the lights tend to flicker as a warning sign that we will soon be thrown into darkness. After experiencing the black void for a couple of seconds there is a sudden loud noise as the hotel generator normally kicks in and light is restored.

The last time I experienced a power cut in the UK was as a young child in the 1970s. Then sitting in the dark with a candle seemed like fun. However, after recently experiencing three power failures within a few days I was left with the realisation how the simplest of things in the home were energy dependent. For more than one hour in the evening I could not watch TV, boil the kettle, listen to music, neither see the time, call out on the landline nor could I use my mobile phone as that needed to be recharged. I had forgotten the inconvenience of being left in the dark. I was not totally lost. My 1930s wind-up wall clock and black 1950s Bakelite telephone, which I tend to keep plugged in because I like the ring, were both still functioning. These products are from a bygone age when we were less profligate with energy.

Our demand for energy has been increasing. According to the International Energy Agency world energy consumption is projected to expand by 50 per cent from 2005 to 2030. While the global economic recession will obviously result in a fall in current demand nevertheless we will continue to be a fossil fuel based economy. Our demand for energy has increased so much that we are now on the verge of passing the peak in oil production. This “Peak Oil” is the point where the maximum rate of global petroleum extraction is reached. After this point the rate of oil production goes into terminal decline. The peak is expected in the next 20 years. However, this may be delayed due to the global economic downturn. The use of fossil fuels has resulted in carbon dioxide, a key greenhouse gas, being pumped in to the air. Pre-industrial levels of carbon dioxide was 280 parts per million (ppm). Our use of oil and gas, have increased this to 385 ppm. It continues to grow by about 2 ppm per year.

If we are to meet future energy demand and avoid climate change then we need to address our demand for energy and look to alternative energy sources. Campaign groups claim the new coal-fired power stations will increase the impact of climate change on poor countries. If the Kingsnorth does get the green light it would be the first coal-fired plant to be built in the UK for more than two decades.

A number of leading environmentalists are now supporting nuclear power as a viable energy source arguing it is better than climate change. Nuclear power together with wind, wave and solar power are seen as vital if low-carbon energy generation is to be achieved. Nuclear power currently accounts for about a fifth of the UK’s electricity, compared with the 35 per cent from coal and 35 per cent from gas. The UK’s nineteen reactors in ten different power stations across the country are ageing. If action is not taken then by 2015 we will lose eight gigawatts power generation that is equivalent to approximately six coal-fired power stations. In the next 15 years the UK will need to replace 33 per cent of its generating capacity. Even with the planned gas-fired power stations there will still be a short fall to meet the increase in energy demand in the coming decade.

We need to face up to the fact that we will be left with an energy gap. Action to increase the efficiency of the energy we use and reduce our overall demand will be needed. If we are serious about tackling climate change and reducing greenhouse gas emissions then can we afford to leave out nuclear from the energy package? Its drawbacks may seem insignificant when compared to the scale and impact of a changing climate. Unfortunately, we may only realise this when it is too late to do anything about it.

Start stocking up on the candles now!